The Alphabet game is one of our star resources. It’s a game where the letters of the alphabet are laid out in a circle and the user has to answer a series of questions. The answers either begin with or contain the selected letter.

This is a great game to include in your course. Firstly, you break up the reading part of the course with something fun and motivating. And secondly, you give the user an entertaining way to review their knowledge.

To make your Alphabet game so addictive that users just can’t stop playing, try some of these really useful tips. In our Alphabet game, it’s possible to leave some letters without a question associated with them. However, for a truly great game, it’s better to try and make sure that all the letters are included.

Draw up your questions correctly

Try to avoid questions where the answer could be more than one word. For example, beginning with the letter “H”: Which department should you speak to about your sick leave? A natural answer would be “the human resources department”. This makes the question too long and complicated, and there are too many chances for the user to write the answer incorrectly, so it doesn’t work for a game of Alphabet.

Also remember that you’ve got two different types of question:

Always try to use the first one if you can. It’s much clearer and easier for users to answer. The second option is there to help you come up with questions for difficult letters like “K”, “Q” or “X”.

Use images to illustrate your questions 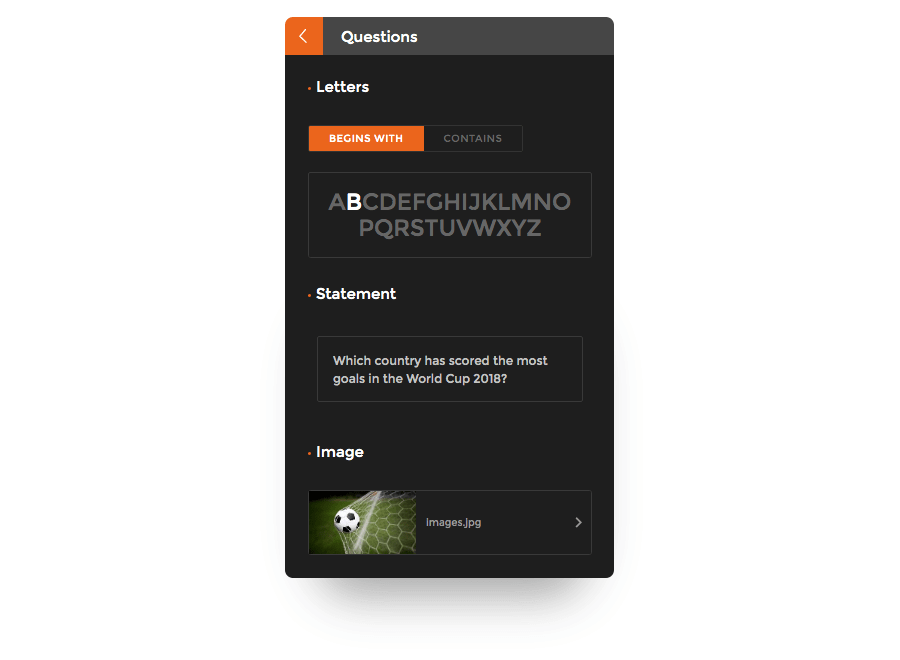 Be mindful of spelling mistakes

You can set several different correct answers for the same question. This means you can be more flexible about spelling or grammar mistakes. How do you set up answers for this?

In this kind of game, users normally try to answer as quickly as they can. To stop users making unintended mistakes, the game isn’t sensitive to capital letters. This means you don’t need to worry about these when coming up with your answers.

However, it IS important to pay attention to common spelling mistakes and anticipate them in your answers. For example:

For example, let’s say that you’ve written the following question for the letter “M”: “Which department would you call if a piece of equipment breaks down”. In this case, the correct answer would be “maintenance”. However, there will be some users who know the correct answer but will spell it wrong. If you don’t bear this in mind, the user will get frustrated because they won’t understand why their answer isn’t correct. Try to avoid this by coming up with as many variations of the answer as you can think of. Remember, Alphabet will only say it’s the correct answer if the user writes exactly one of the possible answers you’ve set (without capitals). In this case, the following could also be potential answers:

Our Alphabet game offers you three gamification parameters: a maximum time to answer, the number of points for a correct answer, and the option of using up to three wildcards. 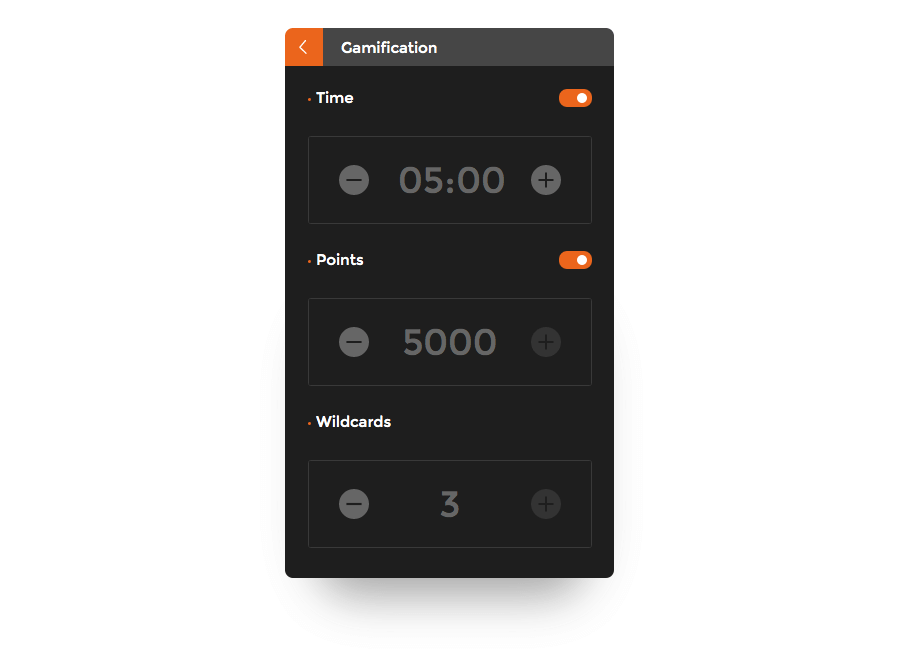 Think carefully how you’re going to configure them to make the game work:

Explain how the game works

Not all users will know the Alphabet game or how to play it. This means it’s a good idea to explain them how it works before they start playing. At the very least, you should tell them what it involves, how much time they have to complete it, the maximum points they can win, and how many wildcards they’ve got. That way, the user will know what to expect from the game and will be engaged from the very first moment.

Did you know you can set up more than one question for each letter? This way, if the user repeats the game, they’ll have new questions to answer and learn even more.

Put it wherever you want

Don’t forget that you’ll need some space to explain how the game works, either on the same slide or a previous one. Otherwise, you can put your Alphabet game wherever you want on the screen. Alphabet always opens in full screen mode once the user clicks on it to begin playing, so you don’t need to worry about whether it fits in the space you’ve allocated.

Try it out yourself first

To find out whether the game works or not, try it out yourself. Once you’ve finished writing all the questions, put yourself to the test! By experiencing the game as a user, you’ll know how they’re going to feel when they complete it, if the questions are too easy or hard, if you’ve given them enough time to finish (or too much), etc. That way, you’ll be able to make some final changes before your Alphabet game is ready.

Alphabet is a learning resource that you can use to test how much users already know (before teaching them the theory) and also to reinforce their learning after they’ve studied the lessons. Don’t underestimate its potential. Users can get really hooked and it makes them learn almost without them realizing it! 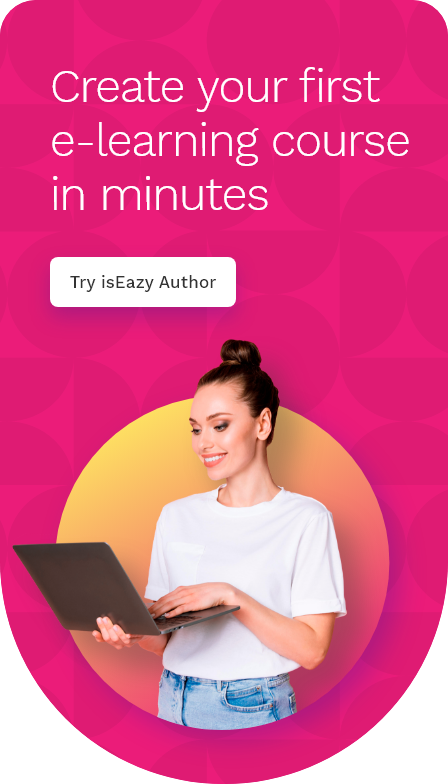 #4 Ways to boost social learning in the workplace

#3 Examples of gamification in corporate training: Revolve your strategy!

Keep up to date with our news 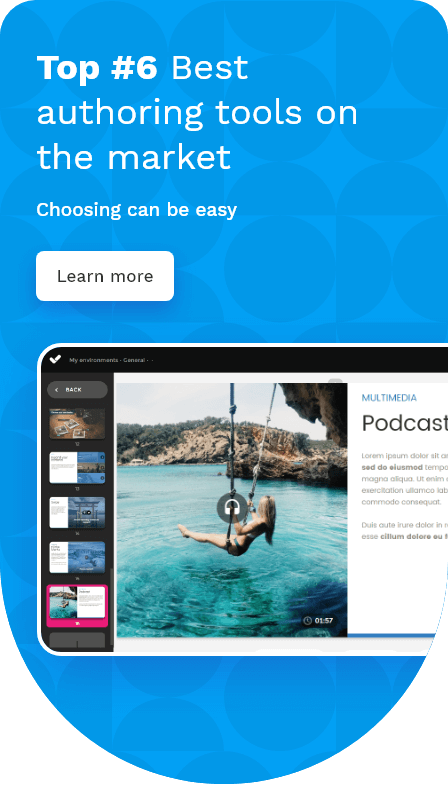 #4 Ways to boost social learning in the workplace

#3 Examples of gamification in corporate training: Revolve your strategy!

But these cookies are a different kind of cookie: we use our own and third-party cookies to bring you the things that really interest you.
Manage my cookiesReject AllAccept All
Manage consent

Here you can assess and customize the services that we'd like to use on this website. You're in charge! Enable or disable services as you see fit. To learn more, please read our privacy policy.
Operational & technical cookies Always Enabled
We have to include them in order for certain web pages to function securely. These cookies are strictly necessary, so they cannot be rejected or modified.
Analytical and functional cookies
They collect information in order to measure, evaluate performance, and improve the quality of your experience on our site.
Advertising cookies
We use them to provide you with efficient and personalized advertisements that we believe are relevant to your interests. You may see them on other sites that you visit.
Others
SAVE & ACCEPT
Powered by

Keep up to date with our news
Otros Artículos destacados

Learning and management centred on the user experience.

A complete catalogue for upskilling your team.

The training app for frontline workers.

Gamification app for boosting the success of your training.

Sustainable app with a wide range of courses online.